I walked around today. I started my walk in the morning, taking in things slowly. I took my time and walked around the same block several times. Since the day I arrived here, the daytime has been warm like summer. Even in February, the temperature goes up to around 86 degrees, but today it was cool. People are saying that “this year is unusual,” so this may be usual. I was so busy looking at things that it took a while before I realized I didn’t take any pictures. I felt I wasted that opportunity, but this is my own walk, so it can’t be helped that looking around takes priority over taking pictures. Once you step out of the downtown area the atmosphere is completely different. I walked around the street where the police station, City Hall, and the Los Angeles Times buildings are.

I started to get hungry so I stopped at the market. There is a food court inside in which you can buy your favorite food and eat it wherever you please. 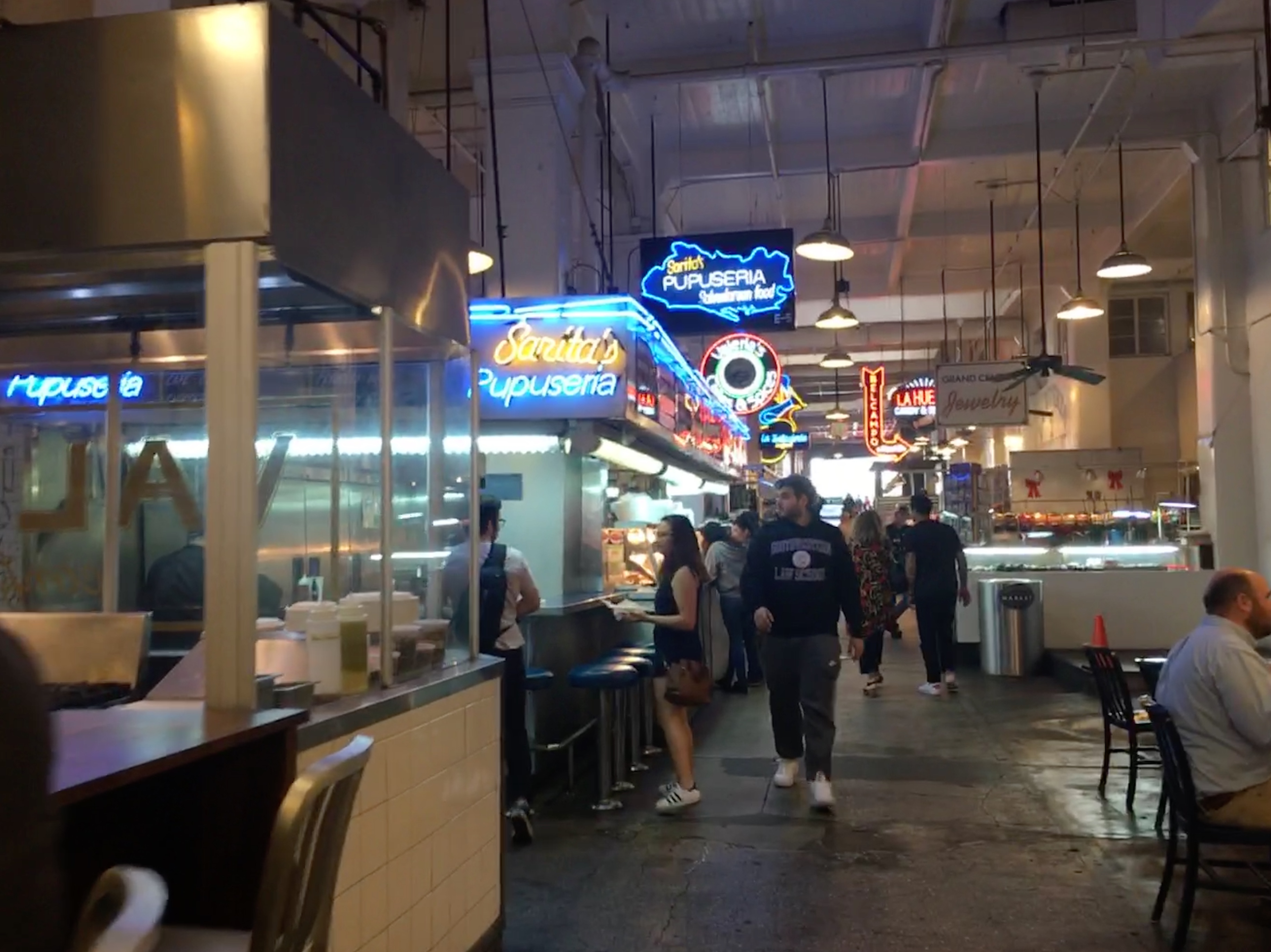 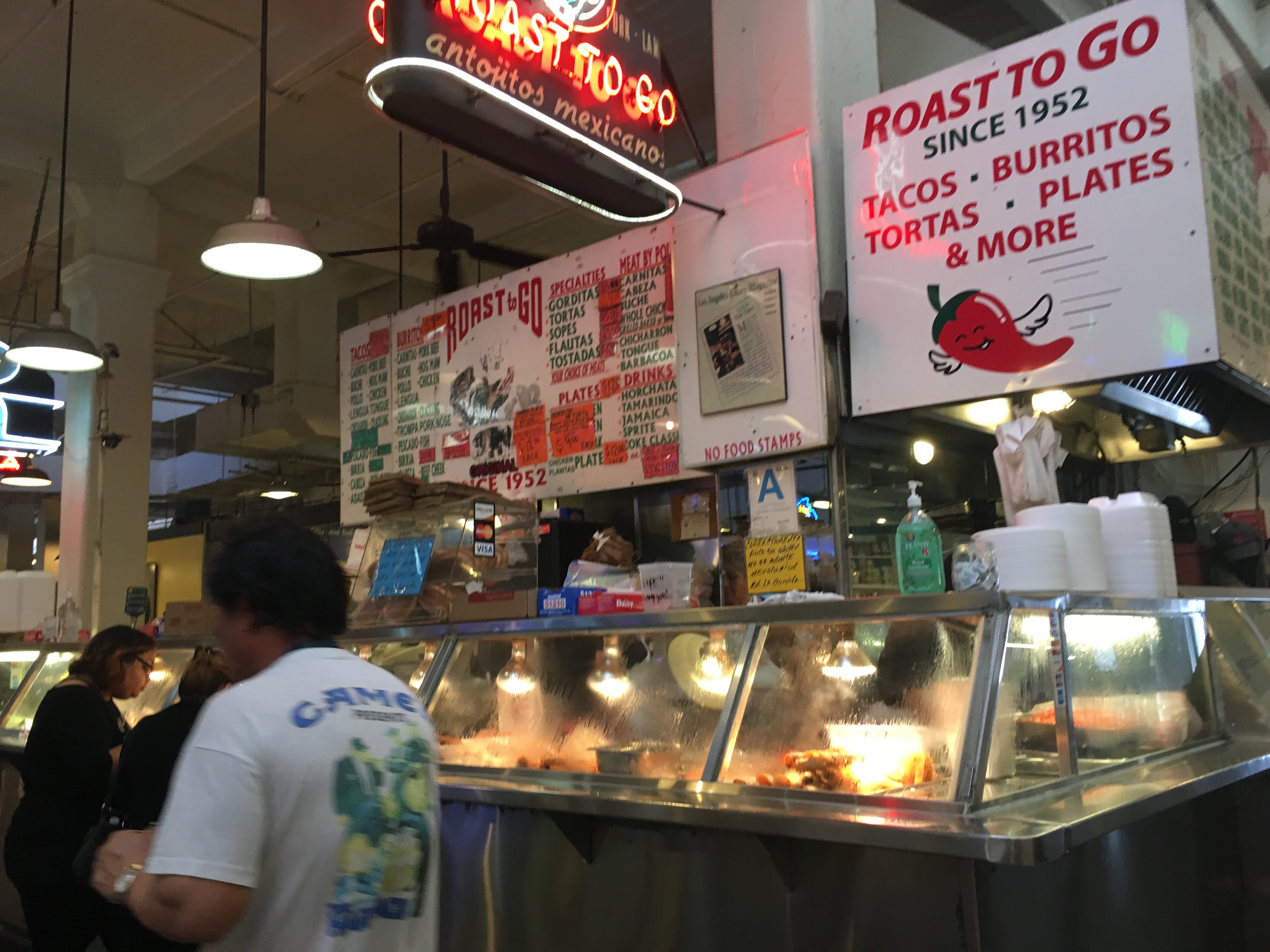 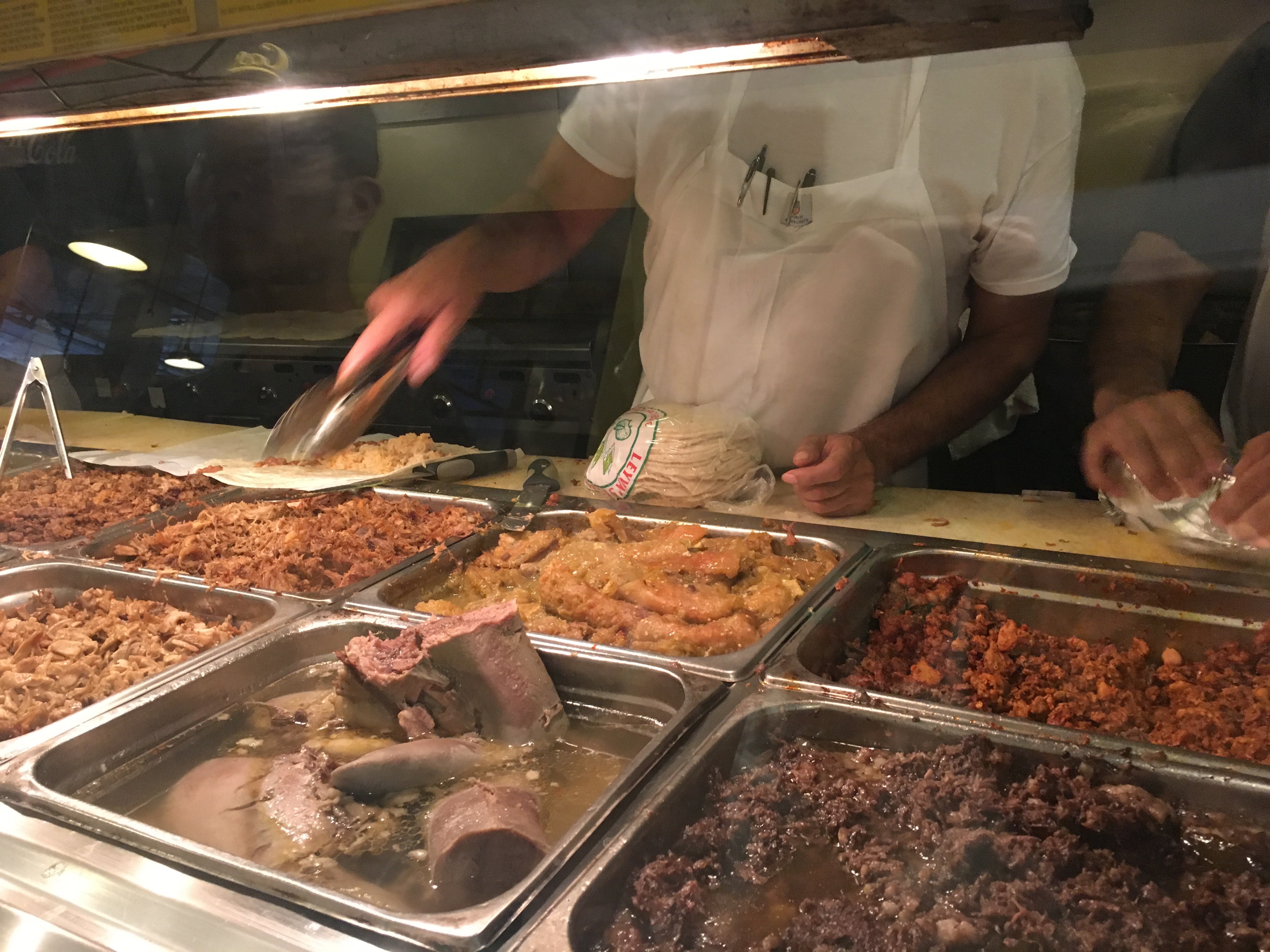 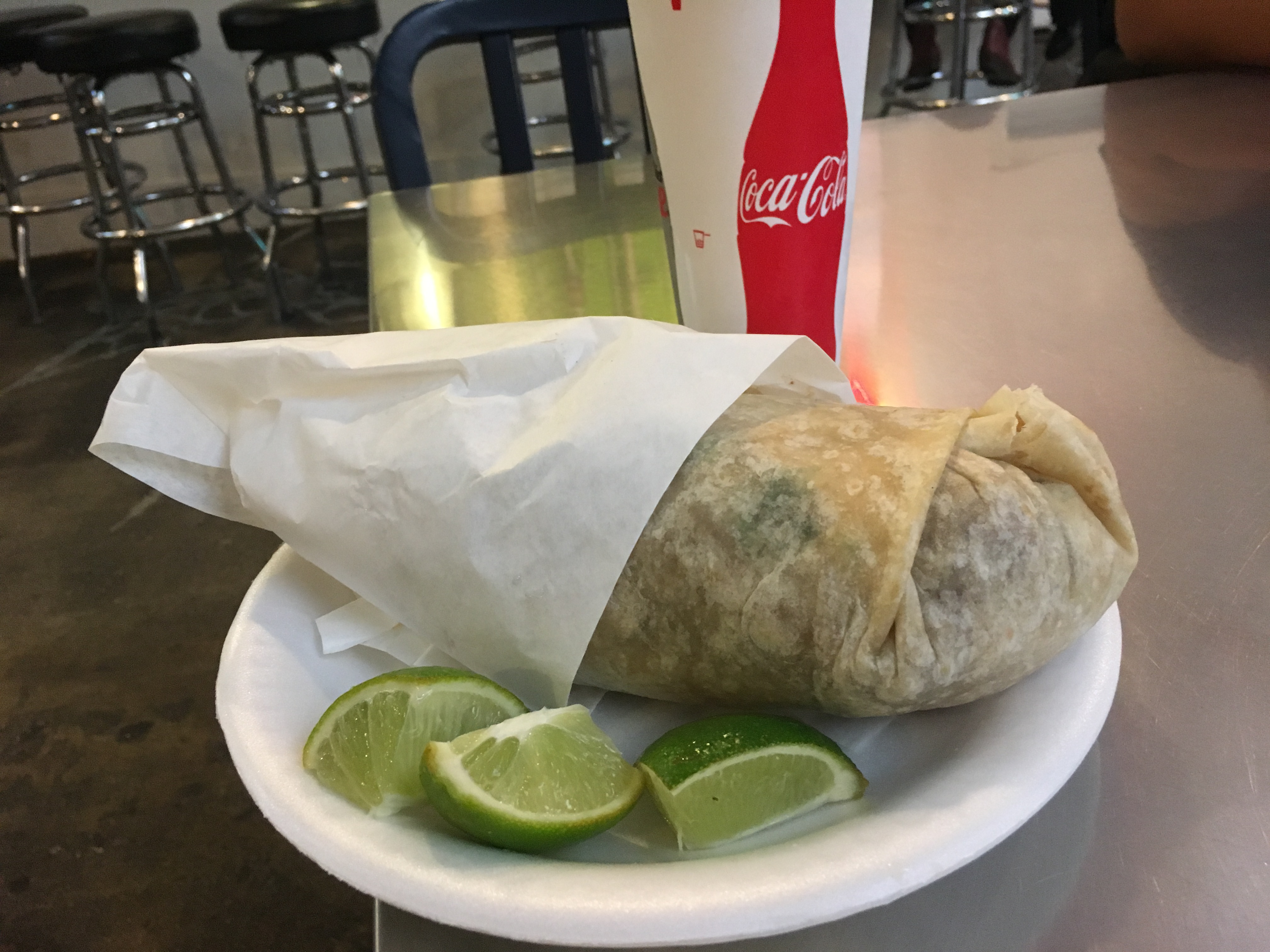 I ordered a burrito at a Mexican place. I was hungry, but there was so much meat in it that I couldn’t eat it all, so I took half of it home. But it tasted incredibly good.

As I walked along Broadway St. there was a steep hill that looked like a pain to go up. The smell of Roppongi Hills was coming from above. Since I was here, I thought I should go up. As I looked up, I discovered a trolley going up the steep hill! One way is $1, but with a Metro pass, it was only 50 cents. I decided to take it. 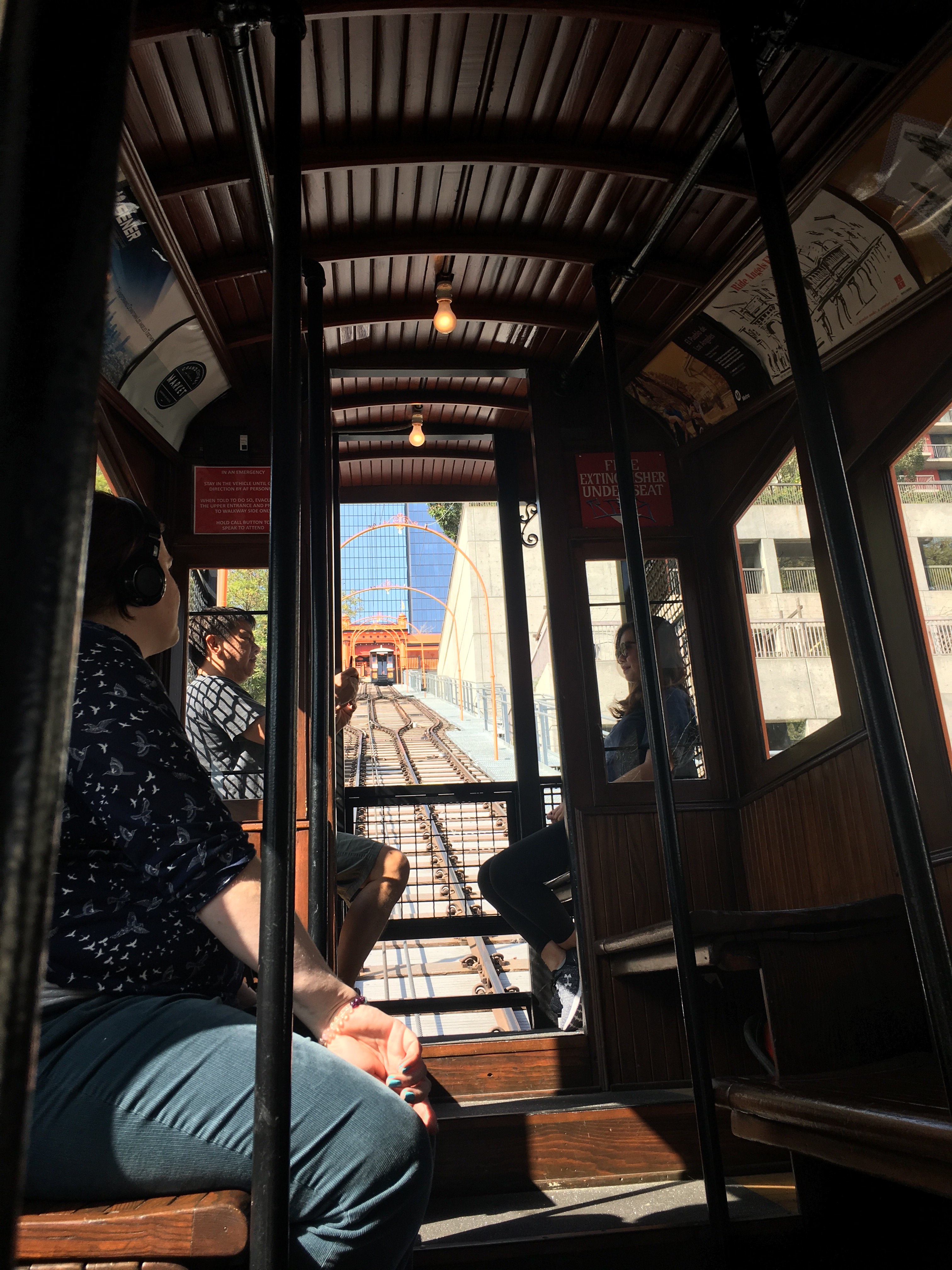 In the world above was MOCA, or the Museum of Contemporary Art Los Angeles 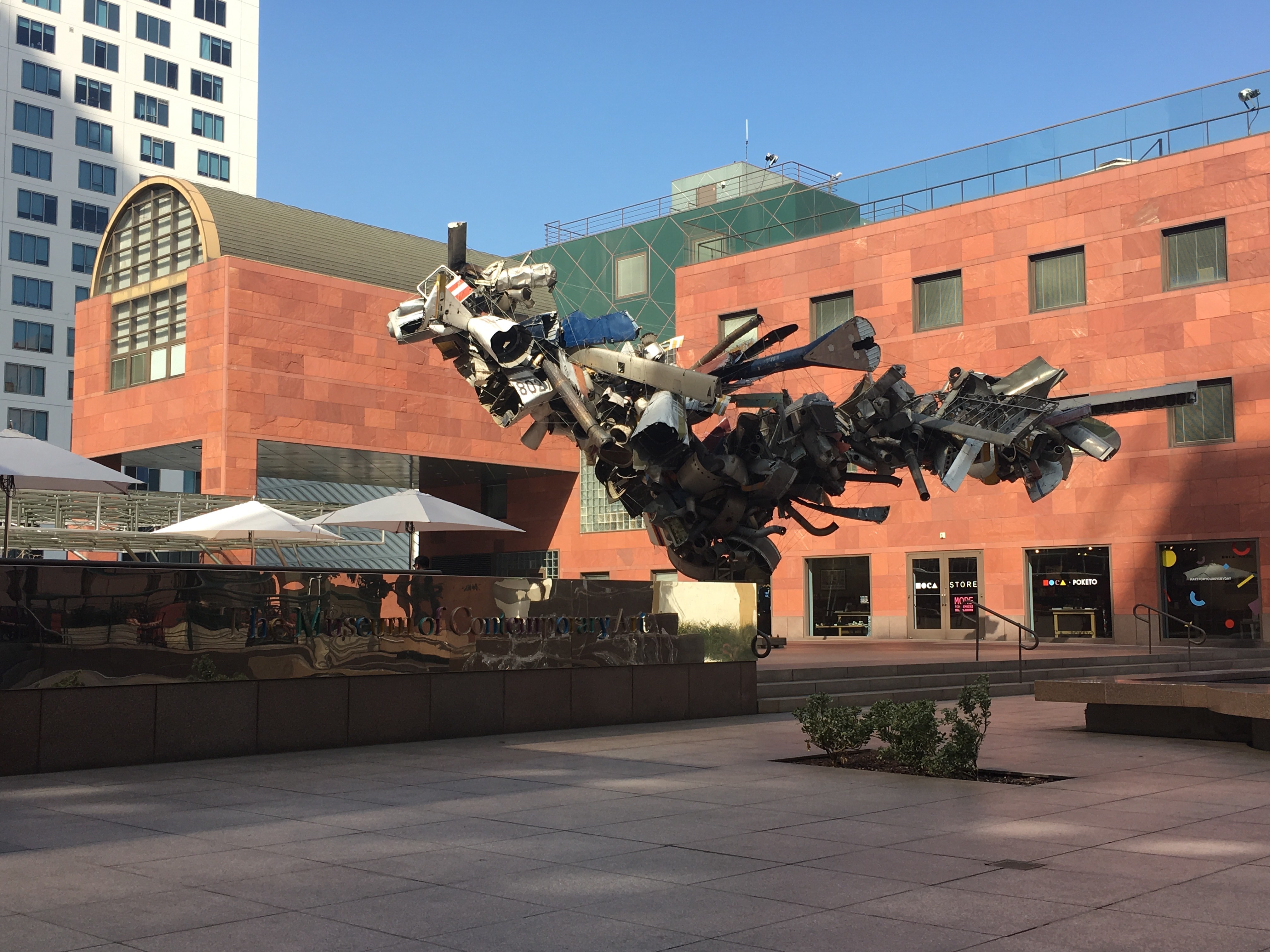 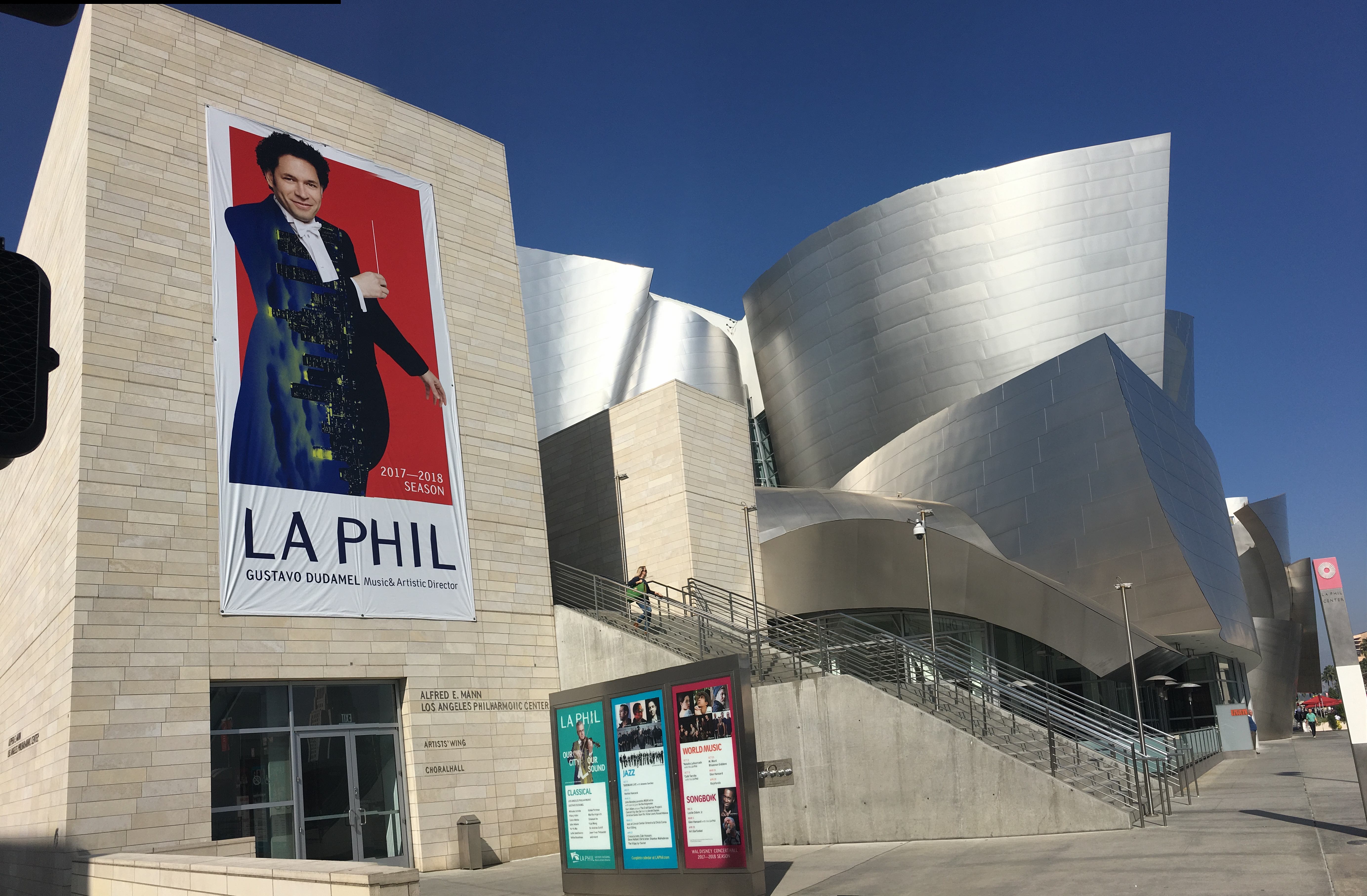 And The Broad. Today I stopped in here. 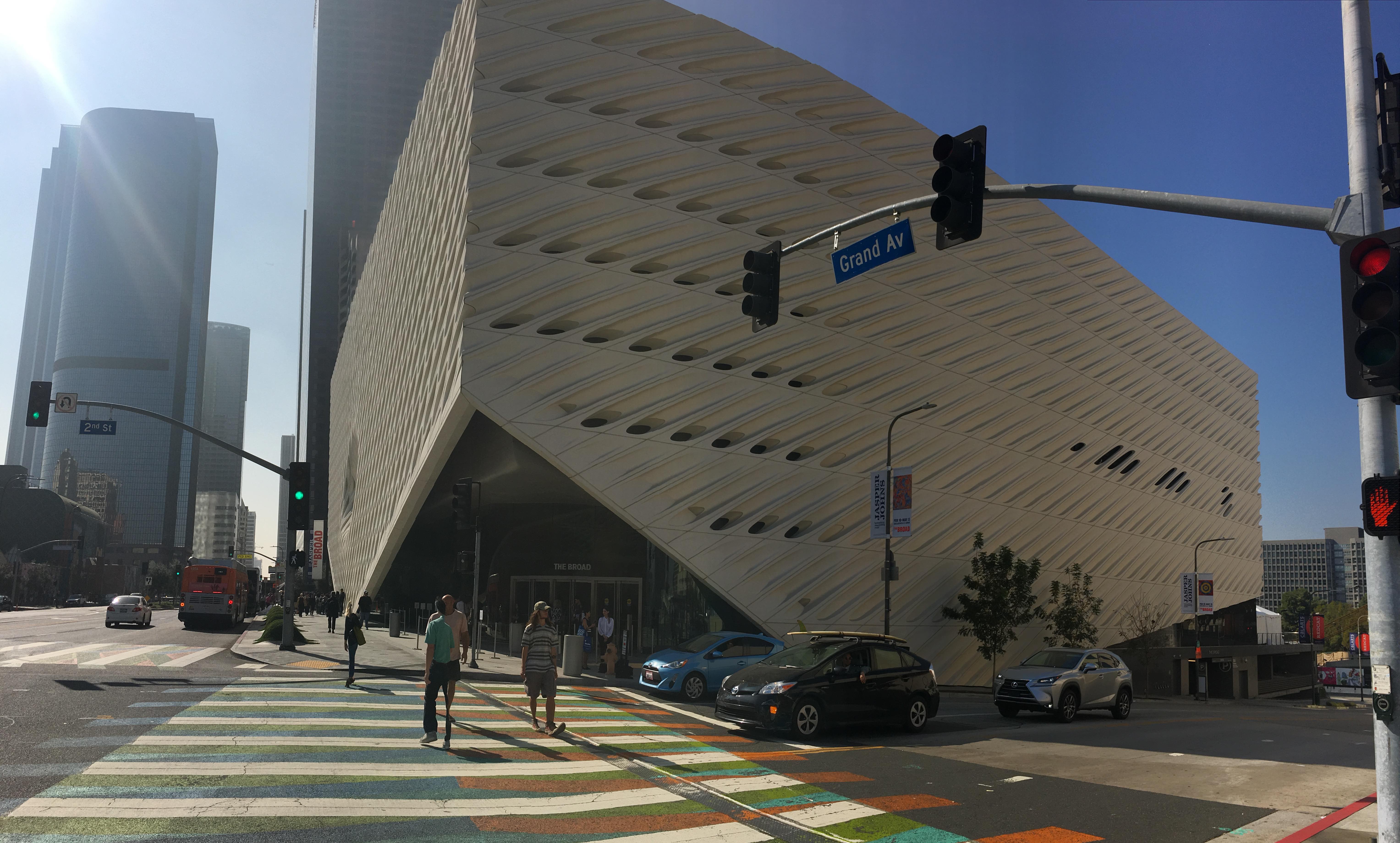 The special exhibit on the 1st floor was Yayoi Kusama, but there was a crowd of people so I gave up early. As I walked up to the 3rd floor to look at the free permanent exhibits, I was greeted by the 60’s artwork and a large piece by Takashi Murakami. It took me by surprise. Inside there were a number of American pop-artwork that is often seen in catalogs. Andy Warhol, Roy Lichtenstein, Barbara Kruger… I see, we can see them this way. Artwork that can be seen at the top of the hill. For one to stop in during a casual walk, it was a different world beyond expectation.

I felt somewhat lucky as I walked down the hill. 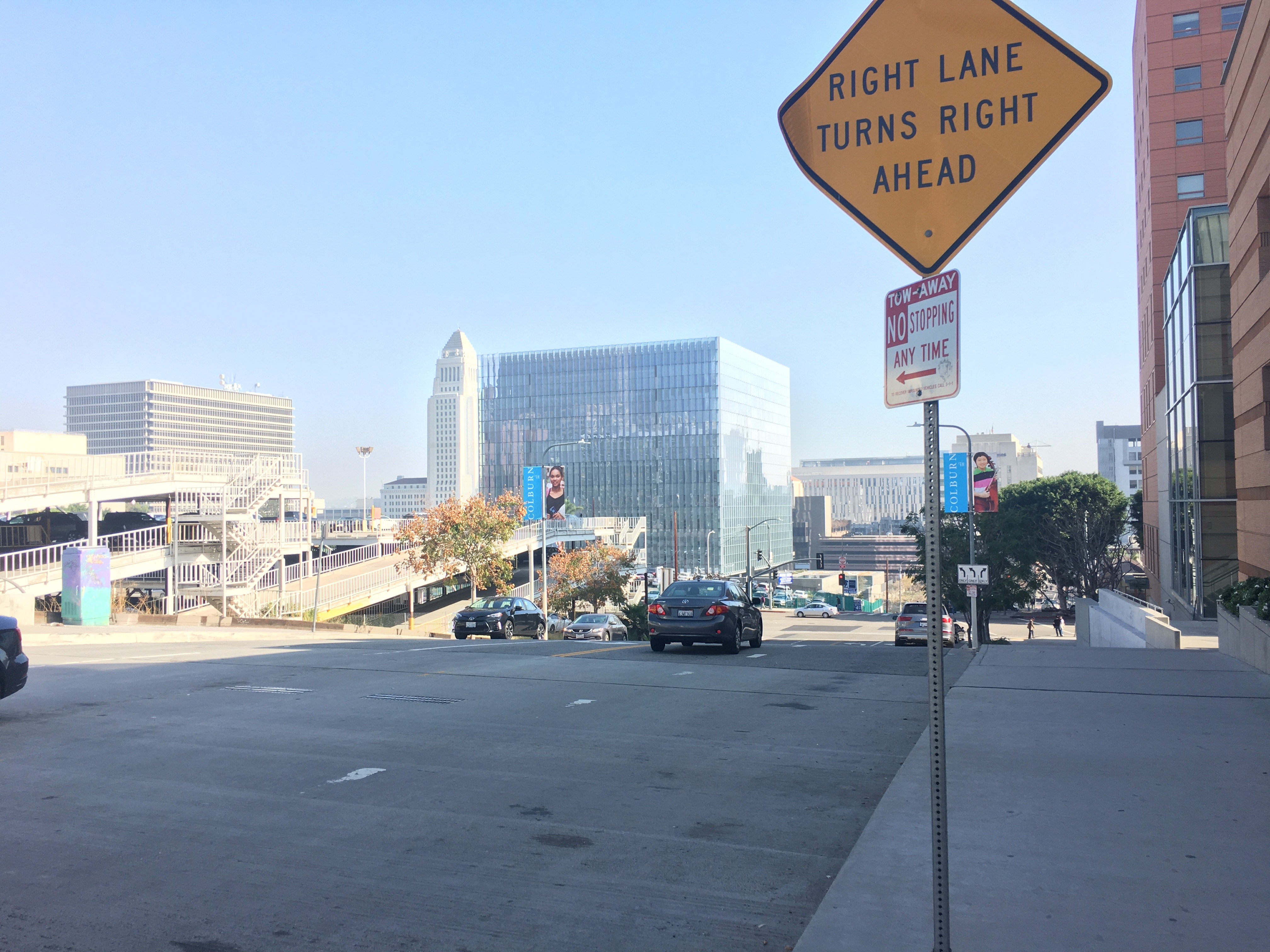 He was at the same intersection down the hill. Little Tokyo. Is this pop art too!?!
The statue of Kinjiro Ninomiya gave my Japanese eyes a bit of an optical illusion.