Next door to the Daimaru Hotel that I am staying at, is a bar called the Far Bar. The front door has the kanji characters “Far East Tower” written lightly. In the past, this was a Chinese restaurant that had a banquet room that the Japanese Americans used for various celebrations. In 1994, the large earthquake damaged it, so after that the LTSC bought it and put ten years into reconstructing into a bar. 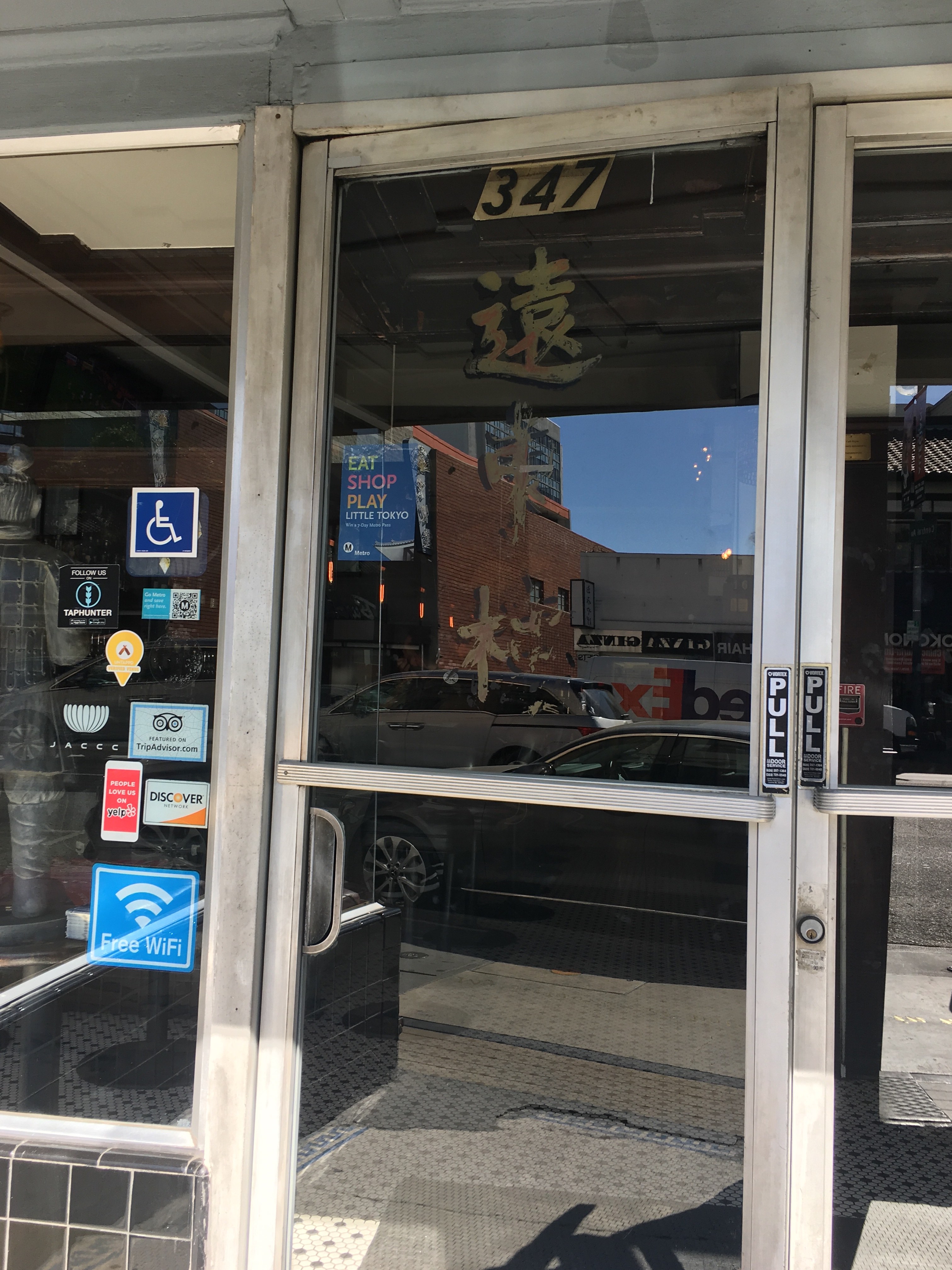 This is the place where I would be meeting the Japanese woman, Yasue, community organizer at LTSC that Grant introduced me to, for the first time. When I entered the bar, she was already there. We greeted each other in Japanese and said “Cheers” over a Sapporo beer during Happy Hour. She told me many things about the elderly who live in this area.

There are a great many Nikkei who live without a car in this automobile society of Los Angeles and speak mostly Japanese. Even though they are referred to as Nikkei, many have a different background from the people who immigrated here due to Japan’s pre-war country policy. Many of the senior citizens who live speaking Japanese are referred to as the “New Issei” or New first generation. I learned that these are the people who came after the war due to various reasons. These people have the tendency of keeping to themselves, so community events are a very important way to bring them outside. Yasue had heard from Grant that I had strongly wished to meet with the elderly Nikkei, so she invited me to a luncheon where the elderly would be gathering. That is happening today.

But before I talked about that, I had another interesting meeting at the Far Bar. Grant and Scott joined us, along with another person, Clayton, who is an artist. He has a studio in the Santa Monica 18th St. Art Center, and is a photo and digital graphic artist. He knows a lot about Japan and he says that in the past he went to Japan seven times in one year to do research. His work titled “Bomb Makers” was very interesting.

It is a series about the women who were the development engineers of the atomic bomb that were dropped on Hiroshima and Nagasaki. They contributed to producing the atomic bomb but, I found out that many of them committed suicide after that. Yasue asked “Is America still okay with the atomic bomb? Even with North Korea?” Clayton and Scott casually agreed. “It was a tragic thing, but I think they felt it had to be done to end the war.” I need to add that of course, everyone in the group there was against that way of thinking.

I had time so I went to the “Go For Broke” education center.
http://www.goforbroke.org/visit/exhibit/index.php

What you see at the beginning of the exhibition is the endless video of the attack on Pearl Harbor. I knew that it was an easy to understand introduction to the beginning of the history of Japanese persecution by America during the war, but what stood out in this exhibition the most was the smoke that continued to rise. I believe, from the feelings that I get from living in Japan, that there are still many “Japanese who are attracted to America for some reason.” However, I felt a strange distance between the Japan I know and this place that shows the memories of the terror at Pearl Harbor endlessly each day, except on their days off.