oday begins with this person.

As I skyped with this fourth generation artist, Jonathan Takahashi, who is presently in Beirut, the date changed. He is an artist and at the same time a member of LTSC. He was in Beppu last year for a month. He is one of the people who led me to the chance of staying over here this time. As soon as I came here, I connected with him and we emailed each other several times. He said that “The hospitality that the people in Beppu extended to me was really great and I want to give back to them. I met him by Skype for the first time today, and we talked for a good one and a half, no…close to two hours as he listened to my half-baked ideas and wishes. He recommended places for me to go in Los Angeles, non-stop. They were all places I am interested in! During the weekend, he said he might be able to get me to meet his 98 year old grandfather. I’m really looking forward to that!

It is morning, and I heard that lunch preparations would begin at 9:00, so I was ready to get moving. But the meals weren’t delivered until 10:20. This morning turned into a time where everyone drank coffee and sat around and talked leisurely. I can’t forget that it is at the pace of my 70 and 80 year old seniors…! As soon as the meals arrived, today I helped deliver them around the neighborhood by car. I went to homes, apartments, and small shops where the elderly were, handing out lunch boxes and milk and carrying on short conversations, such as “How are you doing today?” For those 65 and older, they can have their meals delivered for $3. Those who are bedridden had helpers who are dispatched by the city to help them. All of the deliveries were made in about an hour, so I returned to the cafeteria, had a meal, washed a lot of dishes and then called it a day. 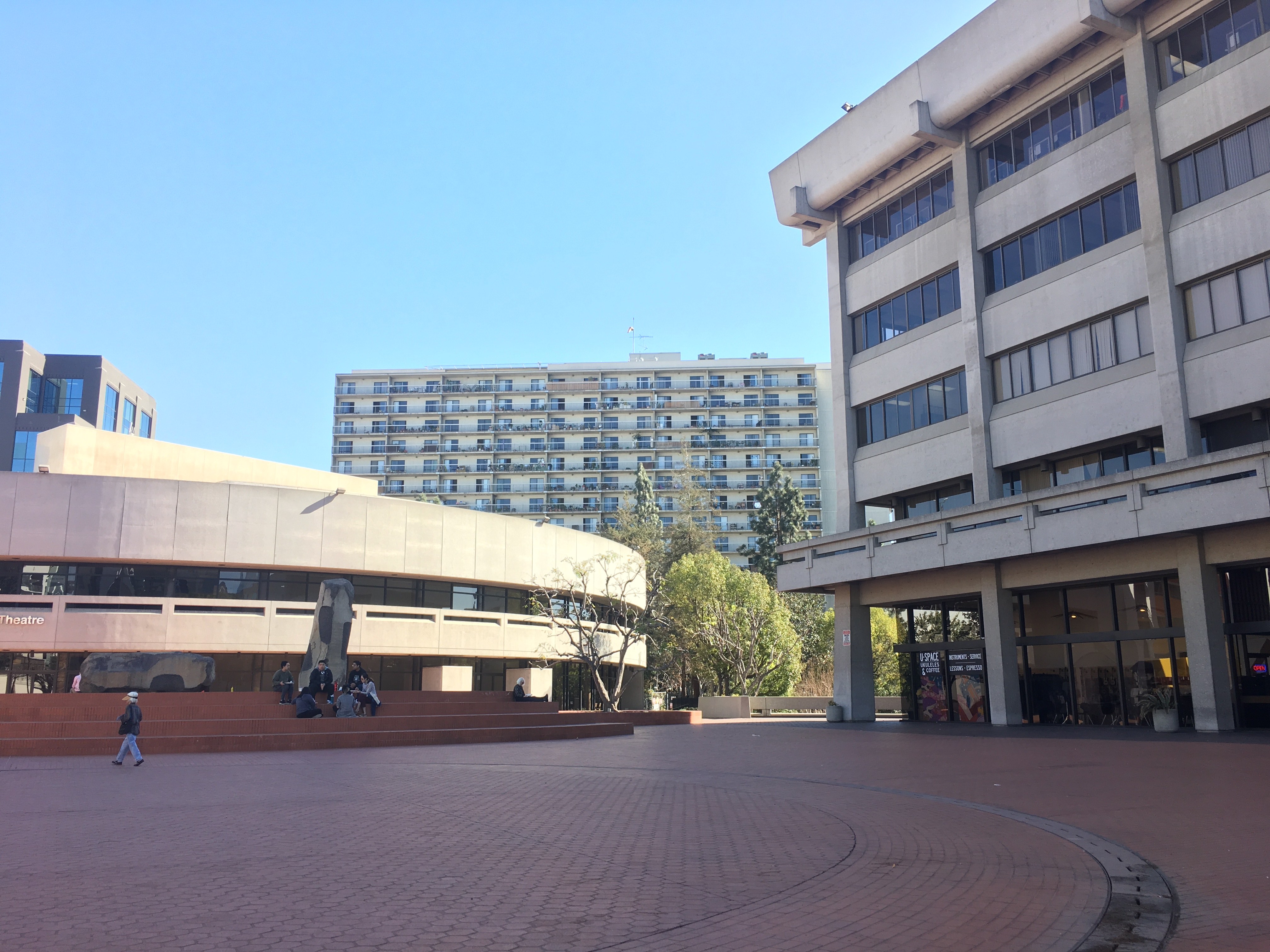 My new volunteer site, the elderly residence called “Tokyo Tower” is the building you can see in the above photo straight ahead in the back. The building on the left is a splendid theater called the ArataniTheater. Leslie’s office is inside. When I visited the other day, I introduced myself to the stage manager as, “I also worked as a technical staff member for a theater,” and she (he?) said “we are going to change all of the lights to a new system from now. We will change all of the curtains too. I’m so excited,” as she (he?) danced about. This well maintained theater is equipped for periodic performances by Kyogen or Taiko drum groups invited from Japan. Unfortunately it doesn’t look like it is in operation year round. On the right is the Japanese Cultural and Community Center (JACCC). I am standing at the Noguchi Plaza, which was designed by Isamu Noguchi and a plaza of pride. I have heard that many community festivals are held here. 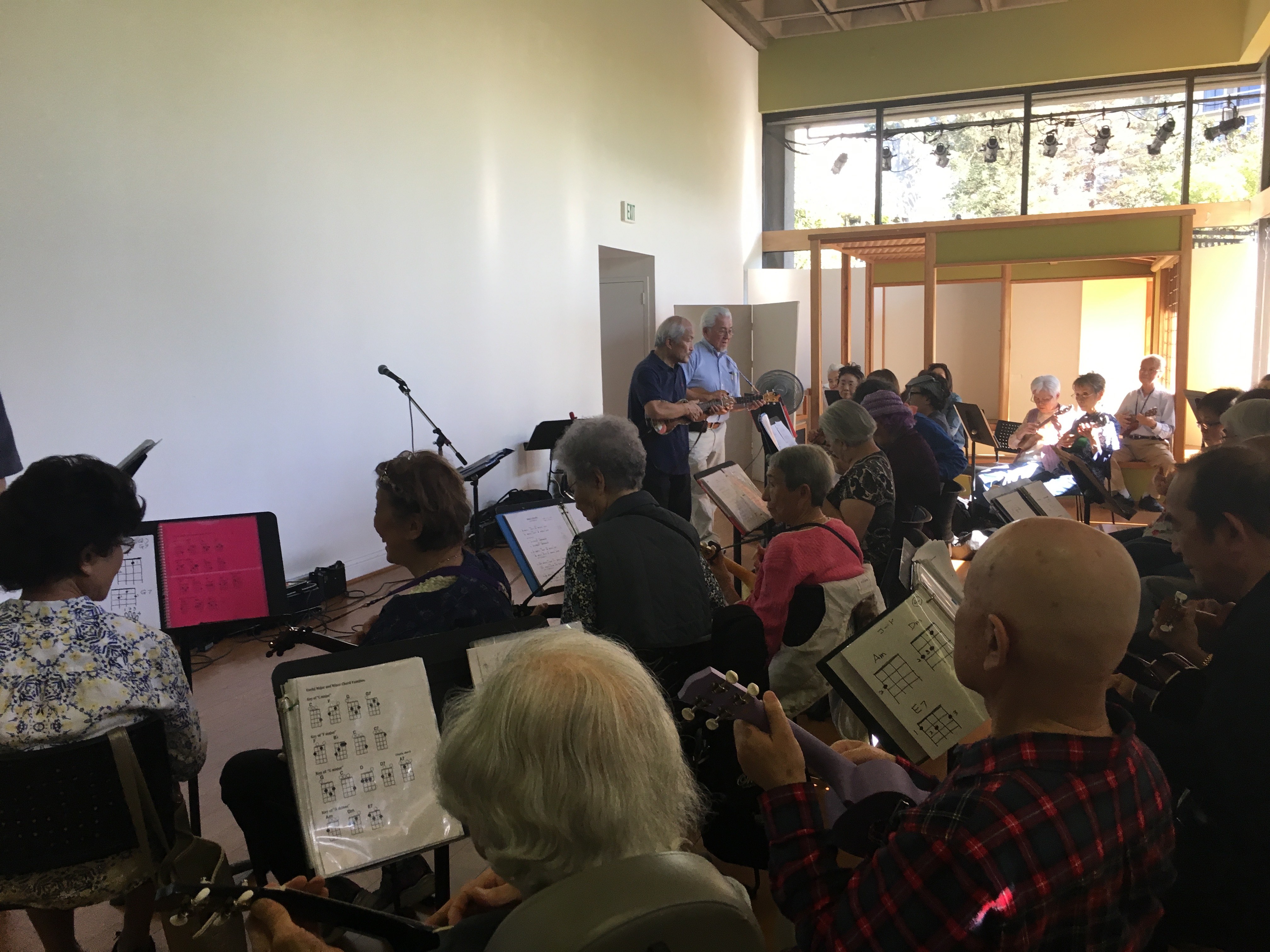 I went to a ukulele class that is sponsored by JACCC. It is a one and a half hour class held every Thursday afternoon, which everyone really looks forward to. That is because the elderly can borrow a ukulele for free and learn Japanese songs. The only thing was it was a little long for me. I happened to realize that after the first 30 minutes, the same story would be repeated over and over instead of going on, so I slipped out quietly and spent time in a café. It is common sense, but I have to keep reminding myself that in order to spend time with seniors, I need to be tolerant to “a slow pace” and “repetition.” How interesting. I come here and confront my second bout of jetlag. 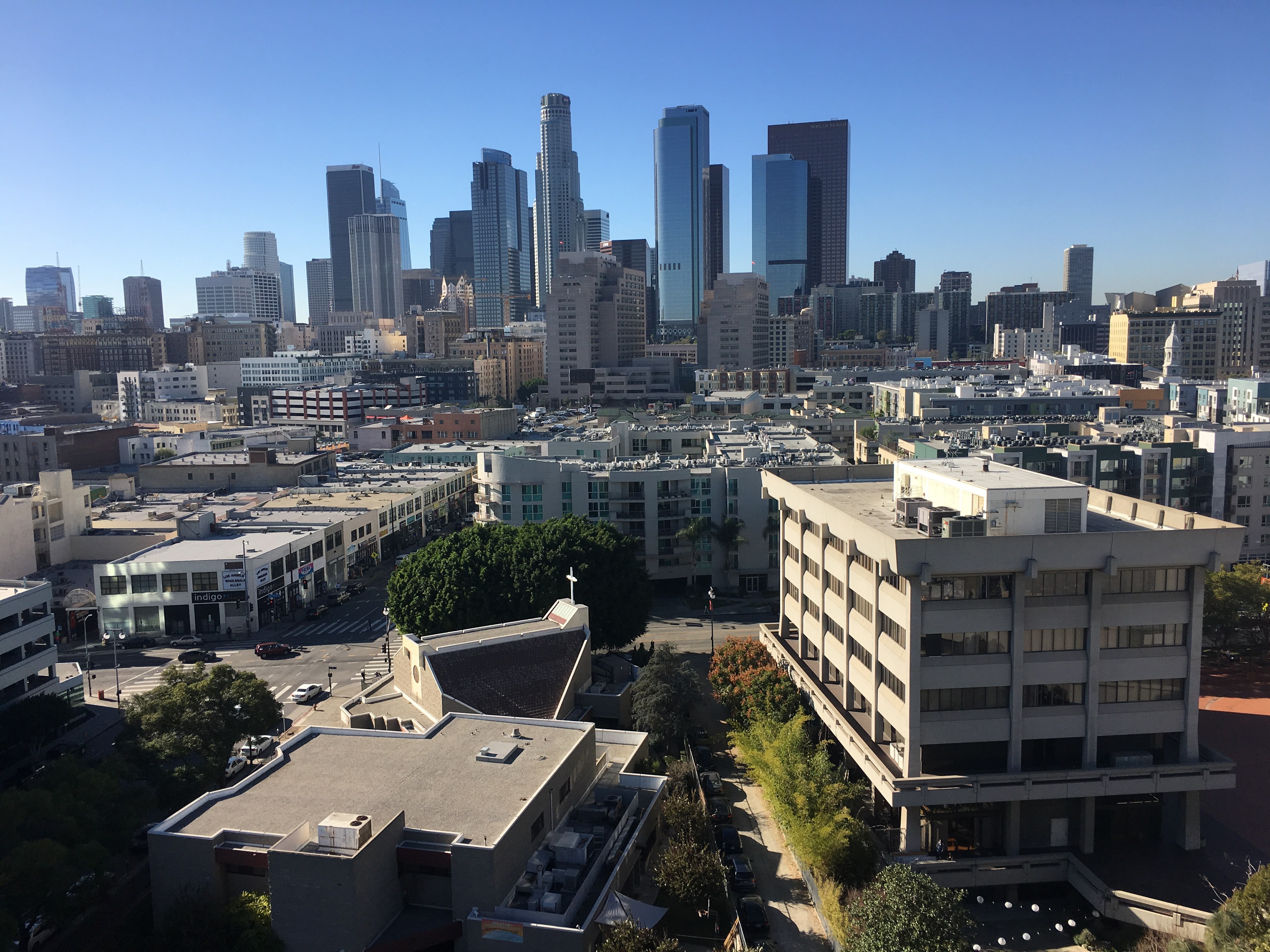 As I spend time drinking coffee, the ukulele class ends and everyone comes out. The Chinese woman that I met yesterday while volunteering, asks me “Do you want to see my room?” so I said “Yes” and followed her. Her home was on the 15th floor. It seems she wanted to show me the view from the balcony. 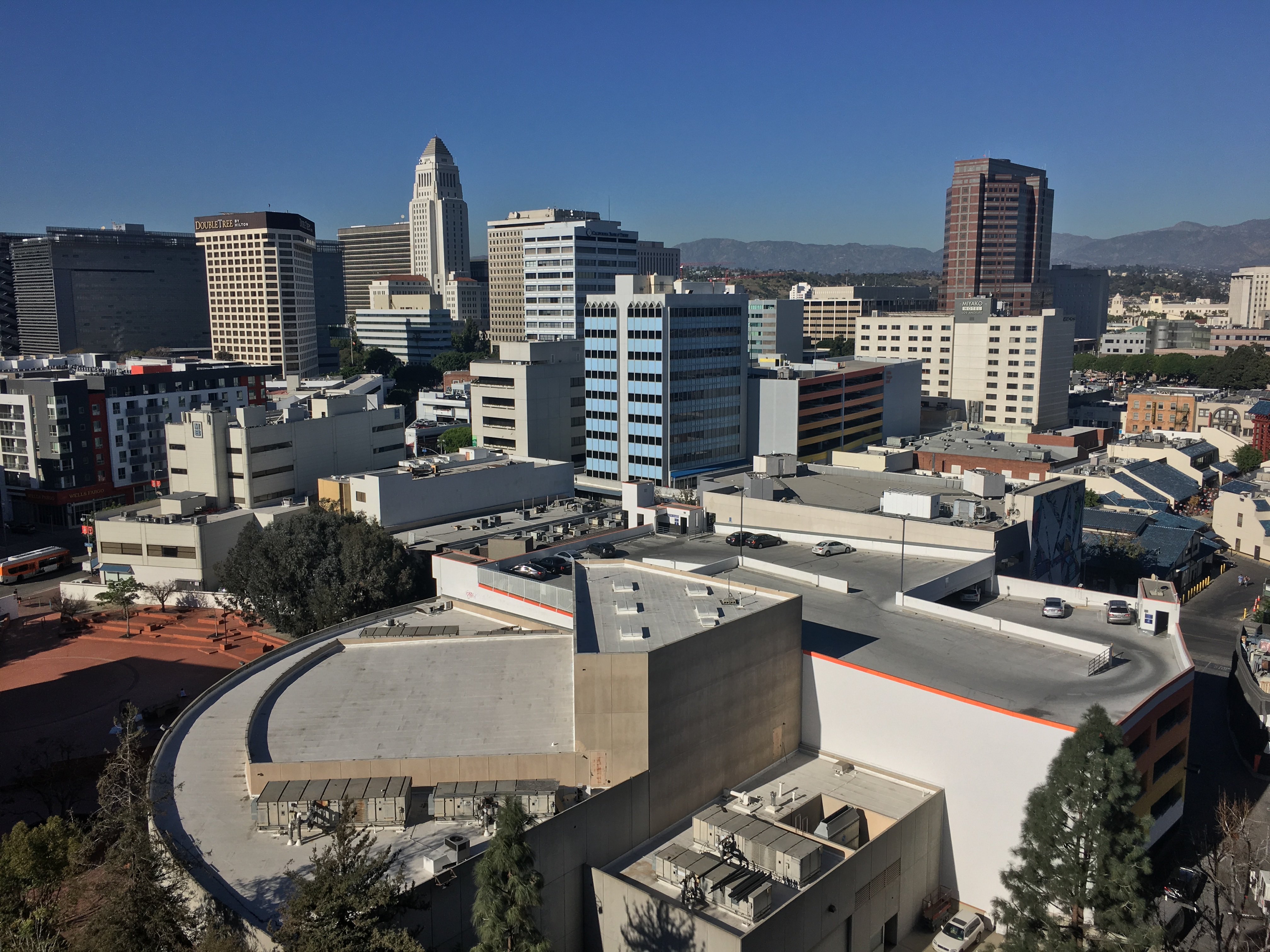 However, after only a minute, she rushed me. She said “I need to take my friend to the hospital so I need to hurry. Do you want to come too?” I had time before my plans for the evening so I said casually that I would go and got into her car. Her friend was Toshiko Muto, a cartoonist. She is the writer of the comic strip series “My Little Lover” that was a big hit in Japan 50 years ago. It didn’t take 20 minutes to her hospital. We parted in front of the hospital and the driver said “Do you want to see the beach for a little bit?” and made a left turn, but that’s when things started to go bad. After an hour of driving we had still not gotten to Santa Monica beach. I didn’t know it was that far. I mentioned several times that I had plans for the evening, but she kept forgetting. During the drive, she told me about her life.
I ended up cancelling my plans. Night had already fallen with all of that traffic.