Today we went out with Amira, George’s daughter.
Amira is an actress and mother of an almost 2-year-old boy. 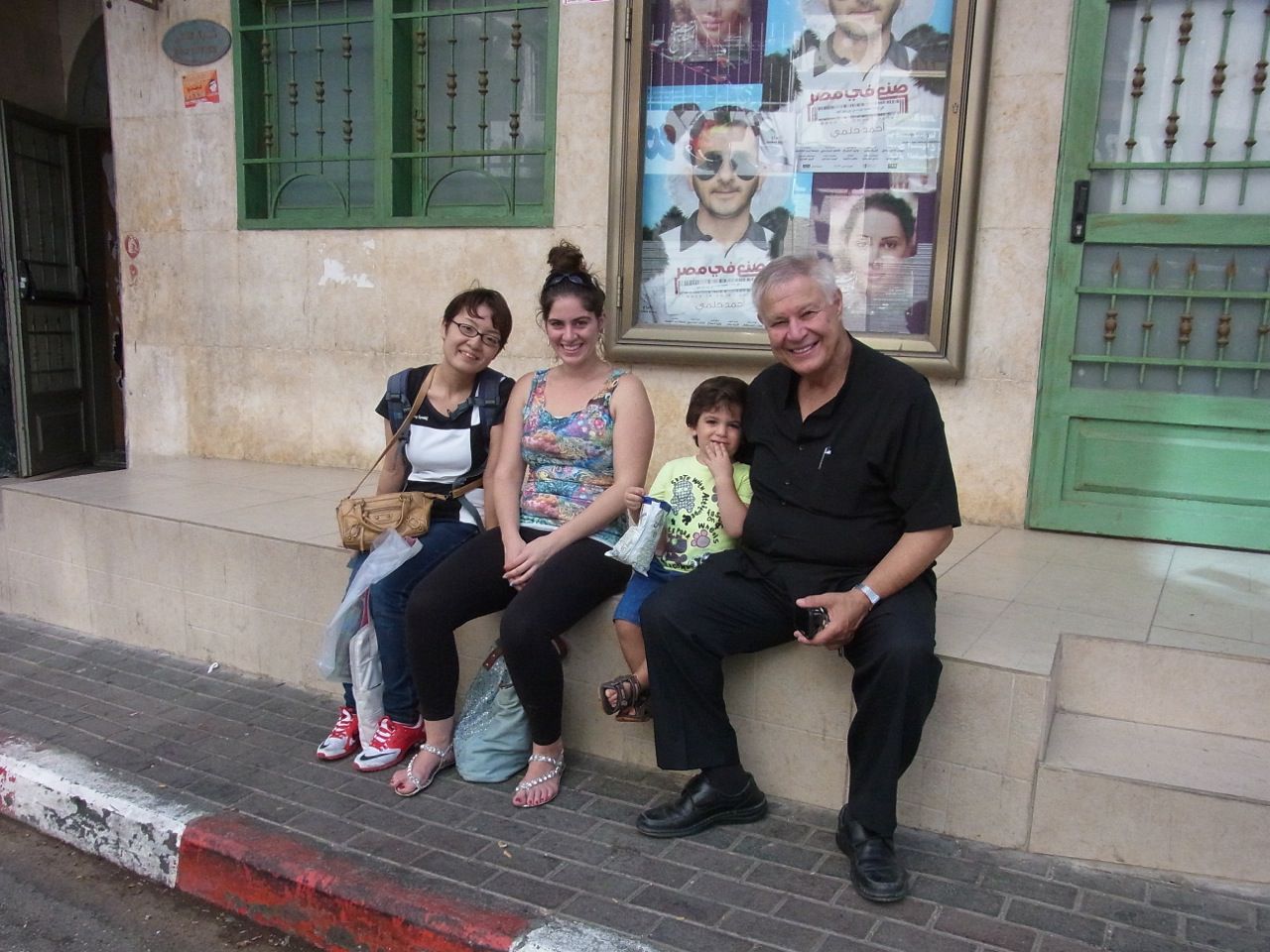 We first visited the Dead Sea. I was expecting a tourist site, but there were few people swimming at the coldest time of the year.

Standing on the balcony, Amira told us: “20 years ago, the water almost reached the edge of this balcony. Now, as the water levels continue to decline, it is said that the sea will dry up in 50 years.”
Israel diverts water from the Jordan River, which flows into the Dead Sea.
Yet another reality of the occupation. Is the Dead Sea really going to die? 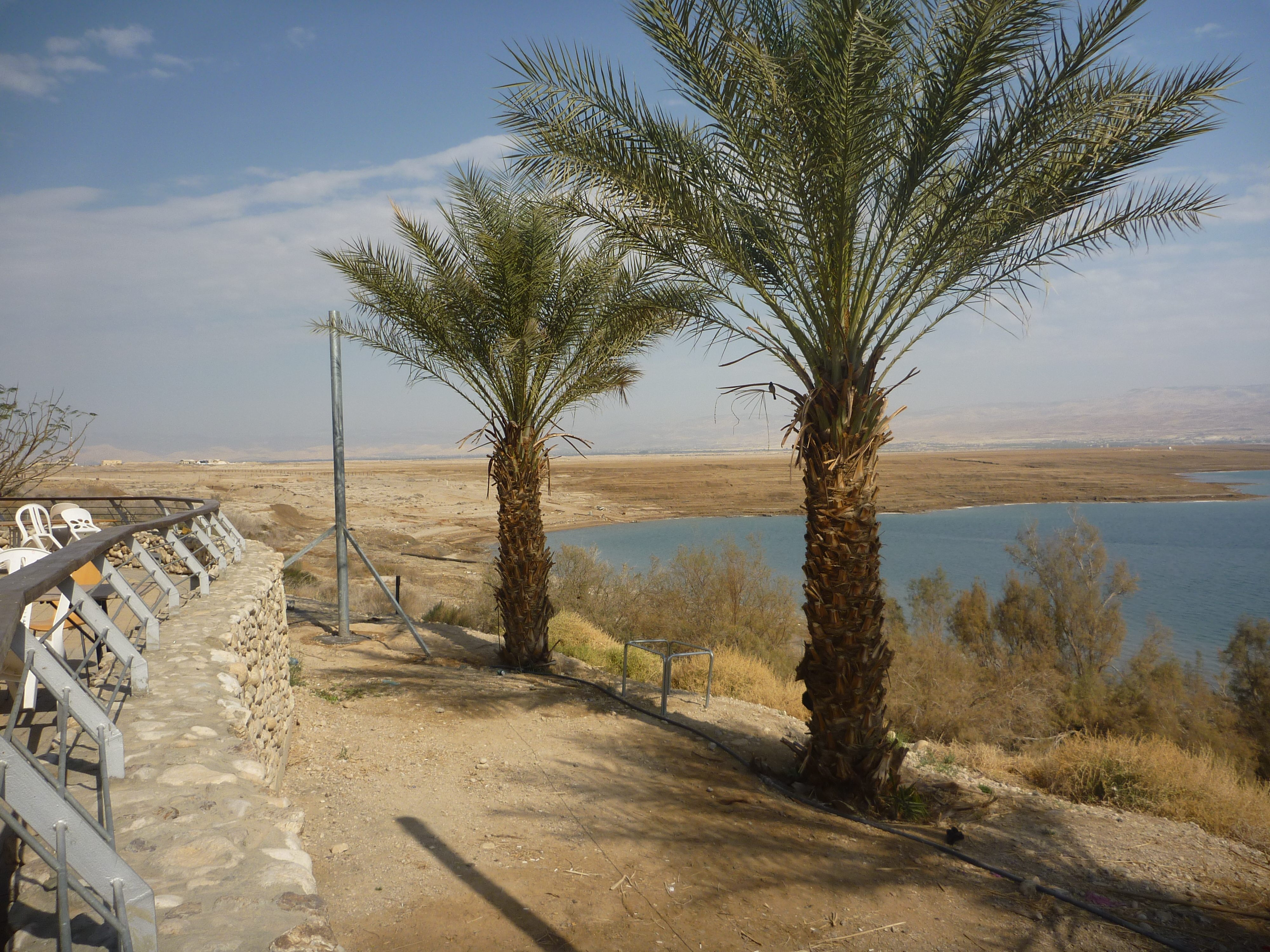 (Note: Later I learned about a proposed canal in Jordan which will bring water from the Red Sea to the Dead Sea, to prevent it from disappearing. Environmental and ecological concerns are being raised regarding this project.)

Next we headed to Jericho.
Today was Valentine’s Day – Amira bought a present for her son at a toy store in town.

We then visited ruins of an old palace.
George had once played Shakespeare’s Richard II here. How I wish I’d seen that performance at this beautiful site. 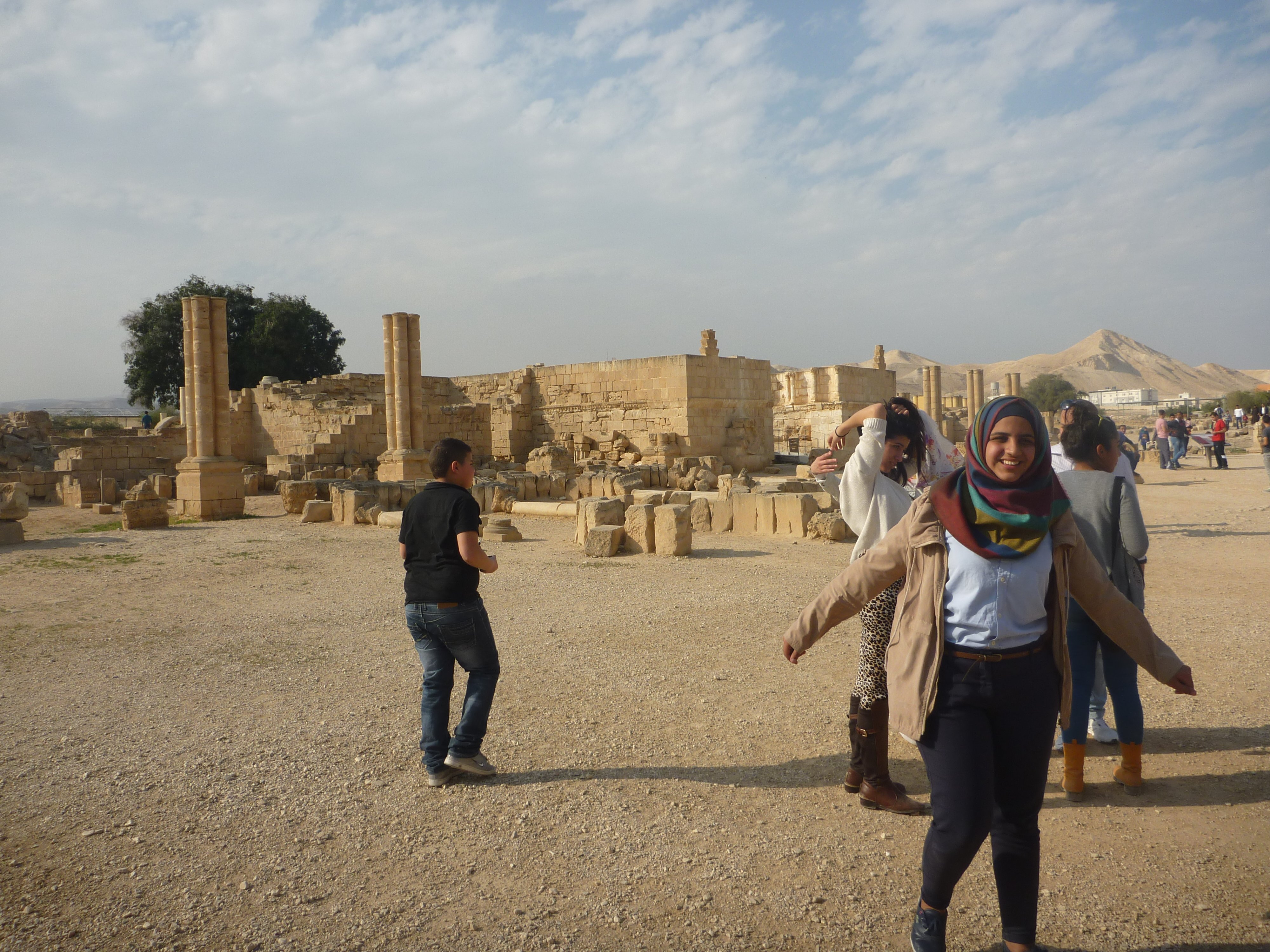 To round up our tour, we took the cable car and headed for an old monastery located on a cliff. We learned the area was one of the most fertile farmland in Palestine.
A view of banana fields from the cable car: 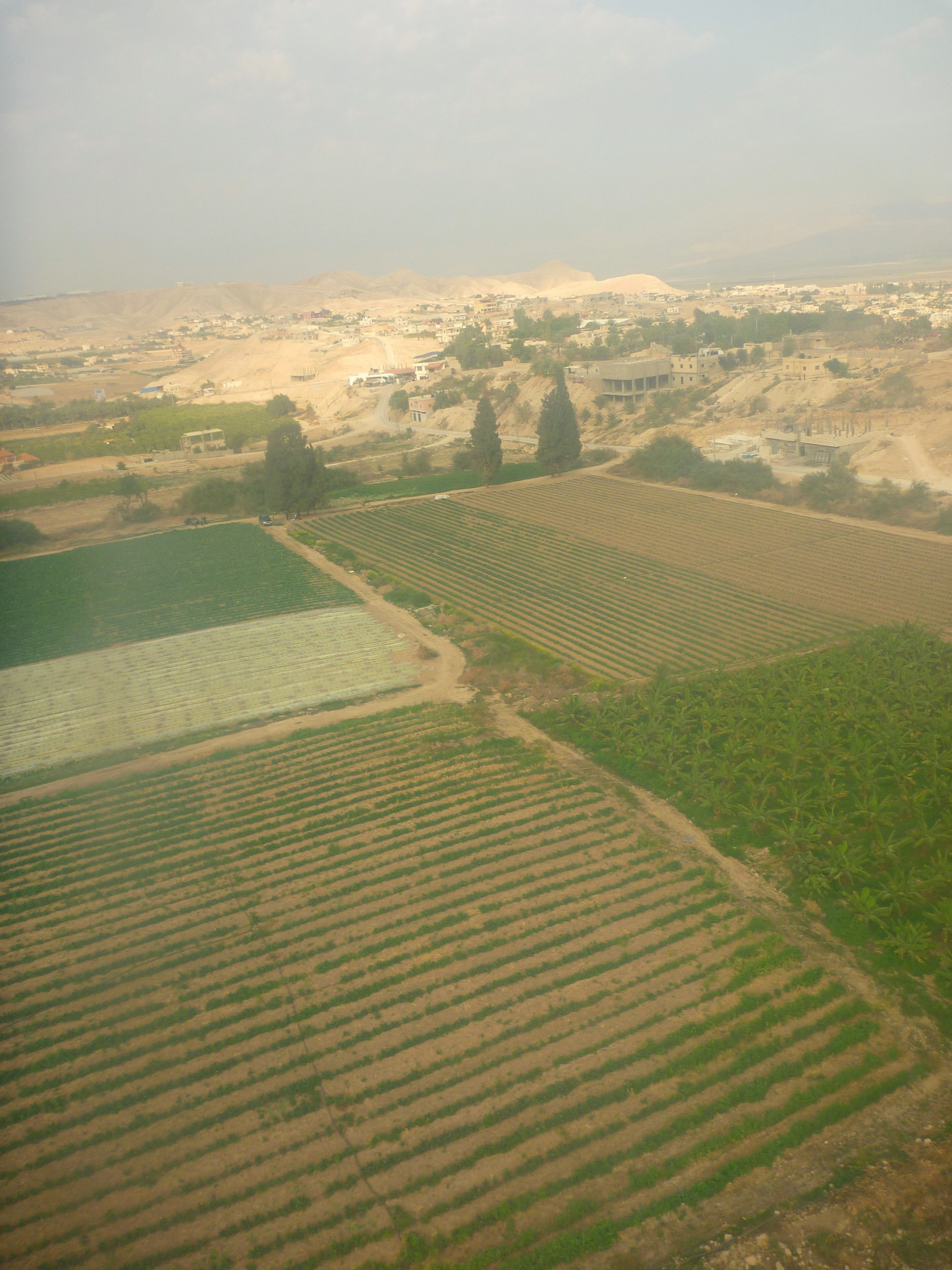 The Monastery is built on the slopes of the Mount of Temptation, where it is said that Jesus was tempted by Satan during his forty-day fast.
Unfortunately, the doors were closed just before we got there. A prayer or some kind of ritual was taking place, it seemed.
Although we couldn’t enter the monastery, we were rewarded for toiling up the mountain – with a splendid view of the lush green land of Jericho. 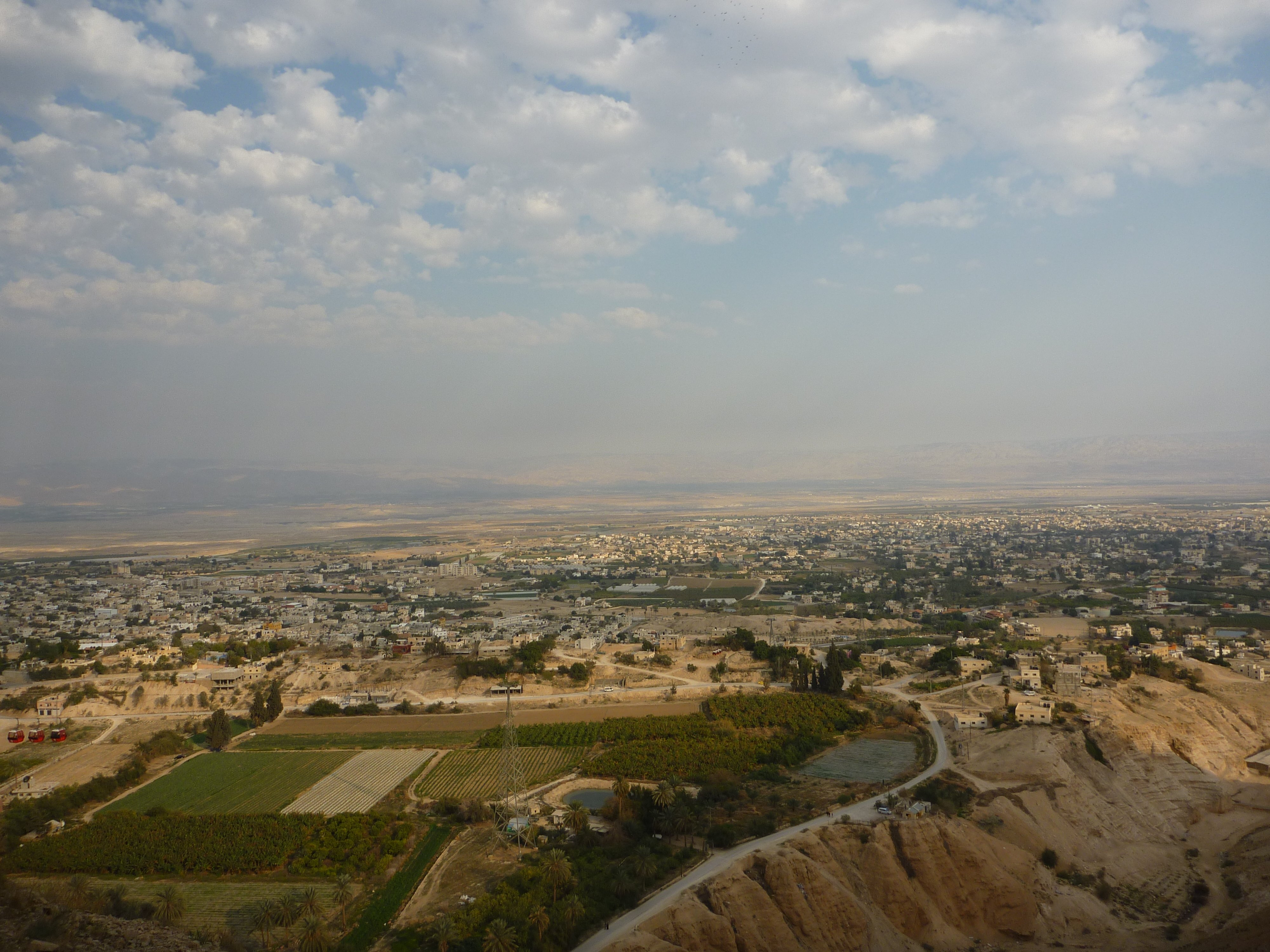