>> [Article] A Journey to Nirvana

Planned and presented by Festival/Tokyo
Special cooperation from Saiho-ji

Narratives of place, space, and time resonate in a temple

Exploring themes of temples and Buddhism, this theatre work was created by three artists born in the 1980s: director Yukari Sakata, actor Miho Inatsugu, and drummer and percussionist Kyojun Tanaka. The script was based on the verse drama “Daffodils and Wooden Fish” by Juro Miyoshi and also interwove fragments from literary works by Minoru Yoshioka and Taeko Tomioka as well as the local history of a temple, interviews with the chief priest, Buddhist sermons, and one of the Pure Land sutras. Wearing traditional Japanese clothing, a dress, or heavy metal costume, Inatsugu’s roles included everything from a teenaged girl to an old woman as she read out poetry and performed duets with Tanaka. Forming a bridge between the work and audience, Tanaka spoke about his own upbringing as the eldest son of a temple priest and asked the audience a total of 108 questions, a number associated with the Buddhist concept of kleshas (afflictions or destructive emotional states). During the question and answer scenes, audiences would hit a wooden fish in order to give their response, solemnly confronting these questions not only about their personal religious outlooks but also the past, present, and future. In this way, the performances provided audiences with an opportunity to re-examine frequently inaccessible topics related to religion and attitudes towards life and death in the unique venue of a temple, a place that is familiar yet rarely entered on an everyday basis. 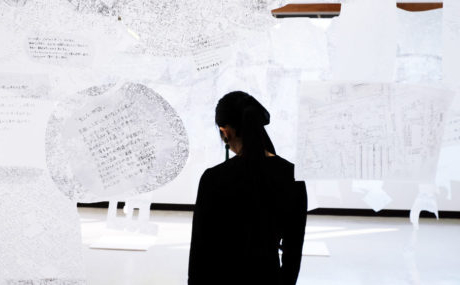 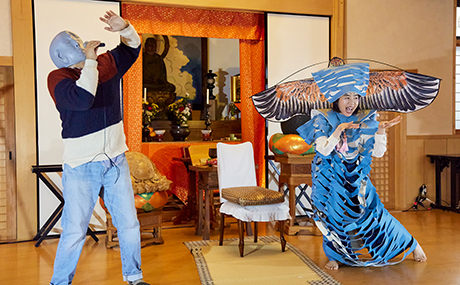 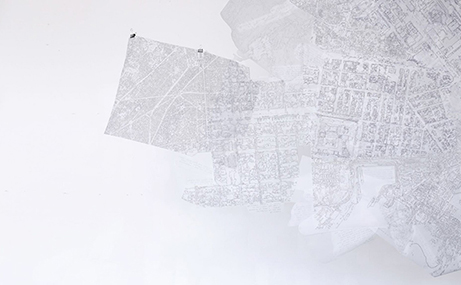 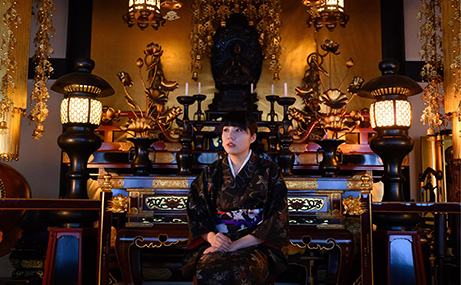